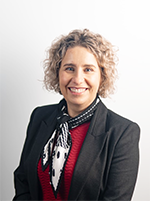 Dr Diana Sarfati was appointed to the role of Director-General of Health and Chief Executive of the Ministry of Health in November 2022 having acted in the role since July 2022.

Diana is a public health physician, cancer epidemiologist and health services researcher, and she has a PhD from the University of Otago.

Diana was previously Tumuaki, Chief Executive & National Director of Te Aho o Te Kahu - Cancer Control Agency and prior to that she was National Director of Cancer Control at the Ministry of Health where she oversaw the implementation of the agency. From 2015 to 2019, Diana was the co-head and then head of the Department of Public Health and the Director of the Cancer and Chronic Conditions (C3) research group at University of Otago, Wellington. 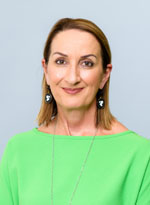 Robyn has worked in the health sector for over 30 years. She comes from a clinical background, beginning her experience with nursing and has worked in frontline mental health services and leadership roles in District Health Boards.

Robyn came to Manatū Hauora with a vast range of sector experience having been the CEO for Te Pou o te Whakaaro nui for ten years. During this time, she grew Te Pou to be internationally recognised for evidence-based workforce and information/research programmes in mental health, addiction and disability and she created strong sector partnerships to enhance people’s lives through service improvement. Prior to this, Robyn worked for the Health Research Council and in the Ministry of Health in workforce development, policy and leading the Mental Health Group.

Within Manatū Hauora, Robyn established the Mental Health and Addiction Directorate team and led the DHB Performance Programme which established an intensive support programme to support DHBs with performance challenges. From mid-2020, Robyn was Acting Deputy Chief Executive and supported the Director General with areas such as workforce development, COVID response and cross agency relationships. 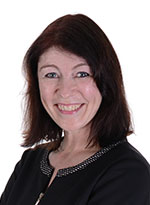 Celia has extensive experience in people strategy, policy development and implementation of organisation-wide initiatives, along with strong technical expertise in organisational and capability development, culture change and employee engagement. 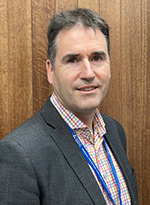 Dean has spent more than 25 years working in a range of roles across the public sector, with a focus on data, reporting and analytics. He joined Manatū Hauora in 2019 in the role of GM of Health and Disability Intelligence where he led the analytics and health surveys teams, as well as a growing the health research function. Dean has led the analytics function across the Ministry, focussing on growing capability and standardising the way in which analytics and analysis are created and used.

As Deputy Director General, Dean and his teams are working with colleagues across the health system to ensure evidence, research and innovation are embedded in the way we collectively deliver our work. 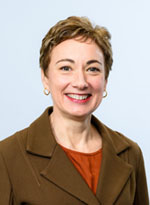 Sarah’s management career has included policy, service delivery and operations, as well as leading and embedding organisational change. Over her career, she has led teams and business units ranging in size from nine to 900 people.

Sarah joined Manatū Hauora in early 2019 from the Ministry of Justice, where she spent eight years in group management and deputy secretary roles, with her work including service design and improvement, service commissioning, and implementing legislative change.

Her role at Manatū Hauora has involved looking after the machinery of government and integrity processes associated with supporting Ministers, the Director-General and the Executive Team. Sarah’s current responsibilities include the operating model for the Ministry in the new system and the organisational design required to support it. 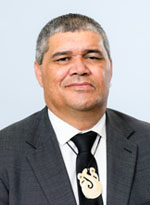 John is affiliated to Ngāti Rākaipaaka, Ngāti Kahungunu and Ngāti Rongomaiwahine. In 2018, he was acknowledged in parliament for his work in successfully negotiating a $100 million Treaty of Waitangi settlement for Ngā Iwi me Ngā Hapū o Te Rohe o Te Wairoa – this was the culmination of over 30 years work.

John began his career in the Department of Conservation in 1989 (working on Treaty of Waitangi policy and negotiations), before moving on to the Ministry of Education (Māori Education Group) in 1991.

John originally joined the Ministry of Health in 1993, as a foundation member of the then newly established Māori Health Directorate, Te Kete Hauora. He then spent six years working in the Ministry, culminating in management roles in both public health and Māori health (as Manager, Te Kete Hauora). Following that, John worked for KPMG Consulting for 2 years and then for over 10 years he ran his own management consulting company, Kaipuke Consultants Limited.

John then undertook a number of significant roles in tertiary education, including as: Chief Advisor Wānanga, Tertiary Education Commission; Deputy Chief Executive, Te Wānanga o Aotearoa; and Chief Operating Officer, Taratahi Institute of Agriculture. He returned to the Ministry of Health and took up his current position in 2019. 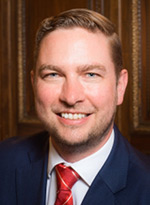 Andrew is a public health physician and previously held positions as Associate Chief Medical Officer for Waitematā District Health Board (DHB), and as Clinical Director, Health Gain for Auckland and Waitematā DHBs. From January 2020 he was seconded to the COVID-19 response for the Northern Region of New Zealand, becoming the Chief Clinical Officer in February 2022.

Andrew was a 2018/19 Commonwealth Fund Harkness Fellow, and was based between the Clinical Excellence Research Center at Stanford University and the Social Interventions Research Evaluation Network at UC San Francisco. 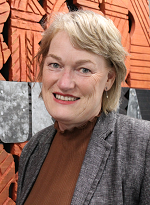 Clare trained as a graduate nurse at Guy’s Hospital London, making Aotearoa New Zealand her home in 1986. She has over 25 years’ experience in the health and disability sector, including 15 years clinical practice in hospitals and in primary and community care.

Clare previously held the role of Deputy Director General for Health System Improvement and Innovation with a responsibility for a range of regulatory functions that ensure public safety through the regulation of providers, therapeutic products, and services. She also oversaw the development and implementation of new regulatory systems and services including assisted dying, abortion services and medicinal cannabis, and the service design and commissioning of a wide range of nationally provided and contracted community-based services. 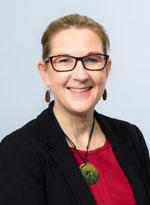 Maree has had a wide range of experience in the public service, primarily in social sector policy relating to children, young people, families and communities.

Over her career, Maree has had a variety of roles including as a Private Secretary, managing employment and skills policy in the Department of Labour, and working for the Ministry of Education in Christchurch following the earthquakes. She also contributed to the set-up of the Children’s Ministry. 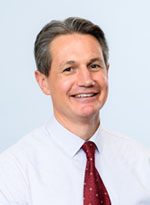 Martin has over 25 years of health experience in a range of roles in both the USA and New Zealand and has filled a variety of clinical, managerial and strategic leadership roles. He joined Manatū Hauora from the Bay of Plenty DHB where he was Executive of Director Allied Health, Scientific and Technical. Prior to that he held a similar role at Counties Manukau DHB for six years.

Martin has a doctoral degree from AUT examining health workforce change. He is passionate about the untapped potential that allied health professions can bring in improving the quality of care provided to our populations, and in turn better meeting equitable population health needs. 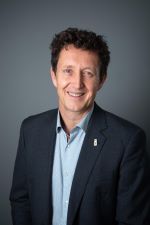 Joe is an experienced clinical and people leader with a passion for being the ‘bridge’ between policy and strategy, healthcare operations, and clinical standards to deliver tangibly better outcomes across Aotearoa. He is a proud generalist, enjoying the challenge of the variety of presentations that are seen in primary care. He sees relationships as being the foundation upon which good health care delivery is based and believes the value of continuity, which is at the heart of general practice, is vital in delivering better outcomes for people and their whānau.

Joe has worked in Te Puke since 2003 and is a practising GP, working in an inter-disciplinary team at Poutiri Wellness Centre, a kaupapa Māori practice.  He also has extensive experience working for Bay of Plenty DHB including time as the Clinical Director of Innovation and Improvement and as Acting Chief Medical Officer.

From January to October 2021, Joe was the primary care lead for the COVID-19 Vaccination and Immunisation Programme, and in November 2021 he became the clinical lead for COVID Care in the Community.

Joe is a Fellow of the Royal New Zealand College of General Practice, and also has a Master of Public Health (Health System Management). 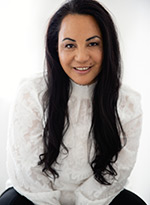 Lorraine (Tapuika, Ngāti Pikiao, Ngāiterangi, Ngāti Ranginui, Ngāti Kahu) has a strong clinical and academic background in nursing leadership. She joined the Ministry from Te Arawa Whānau Ora where she was Chief Executive. In this role she made a significant contribution to Māori and other high-needs populations’ wellbeing in the communities this organisation supports.

Lorraine started her career as a registered nurse and then progressed into roles as a Nursing Leader and Nursing Director accountable for strategy, workforce planning, policy and primary healthcare delivery. This included working for the National Hauora Coalition and Procare Health and Homecare Medical. She was also joint Associate Director of Nursing: Māori at Auckland District Health Board and the University of Auckland for four years.