In New Zealand, a death is only officially classified as suicide by the coroner on completion of the coroner’s inquiry. Only those deaths determined as ‘intentionally self-inflicted’ after the inquiry will receive a final verdict of suicide.

This 2015 data is provisional. The Ministry of Health publishes the number of suicides that have been confirmed by the coroner and also those provisionally coded as suicide where there is enough information to suggest the coroner will find the cause of death to be suicide. At the time of data extraction (29 September 2017), there were 10 deaths registered in 2015 that were still subject to coroners’ findings and where the cause of death was not known. Although these deaths are not included in the following data, some may later be classified as suicide.

The rate of suicide is highest amongst males and Māori 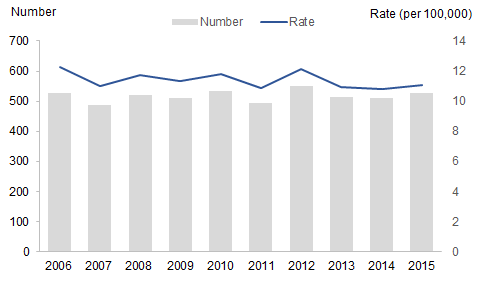 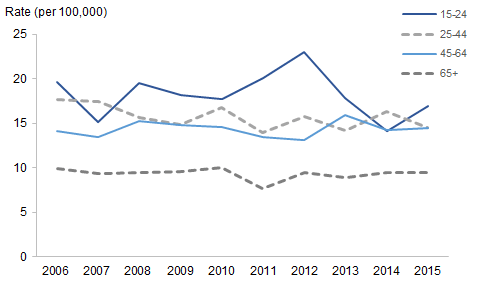 In 2015, the rate of suicide among Māori was higher than among non-Māori for both males and females. 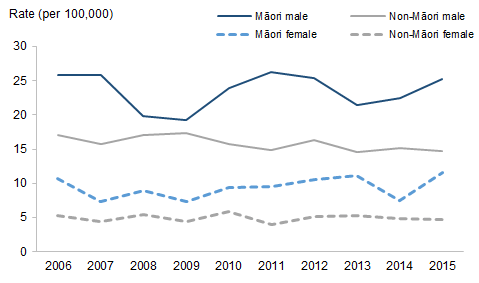 Over the 10-year period 2006–2015, the rate of suicide has remained relatively stable year to year.

A table of data containing provisional numbers and rates of suicide by sex and ethnic group (2006–2015) can be found in the downloadable file.