Tania shares her experience of Local Area Coordination and how it has helped her find her own home. 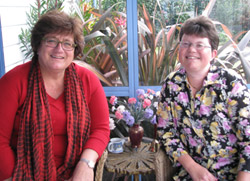 Planning for her future became a pressing need for Tania following the death of her parents in 2010. When the family home in Katikati went on the market, Tania had to find somewhere else to live.

Her brother Steven wanted to ensure Tania would be properly supported. Steven had heard about how Local Area Coordinators work alongside disabled people and their families and got in touch with Katikati-based coordinator Debbie Davidson.

Tania told Debbie her number one goal was to live in her own home.

‘I began identifying Tania’s competencies and her strengths – and to reassure her brother that Tania was ready for this,’ says Debbie. 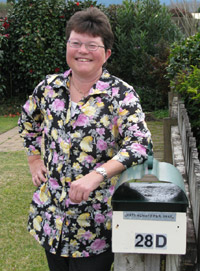 Tania says moving into her
own home has opened ‘so
many new doors’ and set her
on a path to a new way of life.

With some planning and safeguards in place, Tania moved into her own home in Katikati in mid-May. ‘What a beautiful new life it is for me now,’ says Tania. ‘It has opened so many new doors.’

Formal support is available if needed, but so far Tania has not required it. She bikes to the local supermarket for groceries, cooks her own meals, keeps a cashbook and maintains a well-cared for home. ‘We drew up a plan to reconnect her with her community and so now half the time I can’t catch up with Tania because she’s out having coffee!’ says Debbie.

She has also started doing voluntary work at a local second-hand clothes shop.

‘Through meeting Debbie, I have the courage and confidence to walk on and find a new pathway through my life,’ says Tania.

The Ministry of Health’s New Model for Supporting Disabled People is a new way of helping disabled people achieve their goals and have more choice and control over supports and funding in their everyday lives.

Local Area Coordinators walk alongside disabled people and their families to help them plan for a good life. They help disabled people to reach their goals by providing them with information and building relationships with the community. They also assist communities to include and welcome disabled people.