If you live in an area contaminated with arsenic, find out what you need to know and actions you can take to protect your family’s health.

Arsenic is a substance that is found naturally in rock, often near gold deposits. It has been used to kill insects that attack animals, timber, vegetables and fruit. In some situations, arsenic harms people’s health.

How does arsenic enter and leave the body?

Arsenic commonly enters the body in food and water – most usually in food. It also enters the body when we swallow soil or dust. Arsenic in soil or dust is usually not as well absorbed by the body as arsenic in food or water. This is because arsenic is often held firmly inside the soil particles and is not as easily dissolved in the stomach. 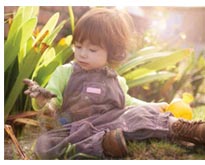 Young children, especially those with pica, swallow more dust and soil than older children and adults. This is because they get dust or soil on their hands when they crawl or play on the ground and often put their fingers or toys in their mouths.

Arsenic can also enter the body if we breathe in fine dust that contains arsenic.

Arsenic is not absorbed very well through the skin.

Arsenic does not usually accumulate (build up) in the body. It leaves the body in different ways: 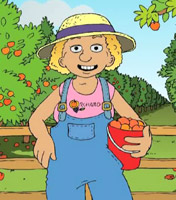 How can arsenic affect your health?

If people swallow moderate amounts of arsenic every day for many years, they may get long-term health effects, which can include:

These health effects have been seen in people who:

Health authorities, having considered the available information, believe that:

Swallowing a large amount of arsenic in a short time can cause severe health effects or even death. Large amounts of arsenic can irritate the stomach and intestines and may damage the heart, nerves, liver and blood. Someone with arsenic poisoning may suffer from:

Children who deliberately eat soil (pica) are at greater risk of arsenic poisoning.

﻿Are you living in an area that has been contaminated with arsenic?

Sites that may have been historically contaminated with arsenic include sheep dips, timber treatment yards, agricultural land or old orchards treated with arsenical pesticides and scrap yards.

People can be exposed to arsenic in soil by:

Can arsenic in contaminated soil affect your health?

Health authorities consider that arsenic in contaminated soil may be harmful to health depending on the:

﻿What actions can you take?

If you live in an area that has soil contaminated with arsenic, your health and your family’s health may be at risk. However, you can reduce any health risk by reducing the amount of soil and dust that you or your children swallow.

Here are some simple steps that you can take:

Fruit and vegetables are good for health, and New Zealanders need to eat more, but be very cautious with what you eat when pregnant and what you give young children. It is hard to know how much arsenic is absorbed by fruit and vegetables that are grown on contaminated soil.

Research has shown that, in some situations, arsenic in soil can be absorbed into vegetables and build up above the recommended limit for foods. This can happen in vegetables that are grown in the ground (such as radishes, turnips and carrots) or those grown above the ground (such as silverbeet and beans). Other fruit and vegetables may also be affected. Studies have also also shown that washing and peeling may not remove all of the arsenic. Research about arsenic in fruit and vegetables is ongoing.

﻿Are all types of arsenic the same?

﻿Is there a medical test to check for arsenic?

There are several medical tests to check if the body is absorbing abnormally high amounts of arsenic. However, testing is not normally required. If you are unwell or concerned about possible symptoms, you should discuss this with your GP. 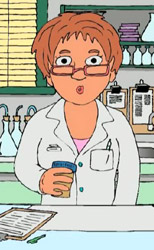 Urine (pee) testing can only show if people have been absorbing large amounts of arsenic in the few days before the test. However, the test also measures the less harmful type of arsenic contained in fish and some other seafood (known as ‘fish arsenic’). Seafood should not be eaten for three days before the test. If this is not possible, you should let your doctor know that you have eaten seafood.

There is no test that can measure chronic arsenic absorption accurately.

Blood testing is not usually recommended or useful as the body removes arsenic from the blood within a few hours.

Hair testing is not recommended for people living in areas with arsenic in soil. This is because the arsenic in dust that comes from the contaminated soil can stick onto the outside of the hair. This makes it difficult to test for arsenic that has been absorbed by the body and deposited inside the hair.

This test is not routinely available in New Zealand.

Find out more from the Ministry

The Ministry has more information on: