You’re better to be safe than sorry: video

In the five hours between waking at 3 am with a headache and 8 am when her family had gathered at Palmerston North Hospital, 18-year-old Letitia (Tesh) Gallagher’s body had battled meningococcal C disease and lost.

[The video is an interview with Mark and Lisa, although Mark does most of the talking. It includes family photos of their daughter Letitia, in her late teens.]

Mark: It started on a Sunday night. Our daughter came for dinner, as she usually does on a Sunday night, with her boyfriend but she wasn’t very well, she had a bit of a temperature so she didn’t eat anything. She then went to bed that night with a bit of a headache, so she took some Panadol.

She woke up at about 3 in the morning with a very very painful head. Thankfully her boyfriend was there and he rang an ambulance straight away and they shot her straight through to Palmerston A and E. We both got there we were pretty shocked as to what we saw, it was pretty horrific thing to see.

We were told that ICU would be closed for a couple of hours while the doctors do their rounds. We were asked to just go away and have a coffee and freshen up then come back in an hour or so. We only got down as far as the car park. The boyfriend had stayed in the waiting room, he text us and said, ‘Look, you better come back, there’s been a development.’

We came back and they took us into another room and said, ‘Look, she’s pretty bad, there’s nothing they can do for her, she’s dying.’

And that was at 8:30 am. So in the space of 5 hours, she’d gone from a headache and fever to nothing they can do. The only real symptoms was the headaches, the temperature, the vomiting and that was pretty much it.

I mean OK, they have a lot of symptoms with meningitis, not all of them show straight away, that’s the thing we found. So you’re better to be safe than sorry.

We didn’t know, we had no idea. It’s not until now that we realise that, ok Men (Meningococcal) C, you can actually get a separate vaccine to that, Men B one to the Men A one, so there’s lots of different strands of it. So unfortunately, yeah she wasn’t immunised against Men C.

Yeah, we’ve been very active. We’ve been down to Parliament for the launch of the new immunisation campaign and just the awareness of it all and getting the awareness of out there to, you know, make people immunised and tell them about it and get them to say look, ya know, start talking about it. And that’s what it’s all about, it’s a matter of getting your people to be aware of it, get the immunisation out there and get their kids vaccinated.

So yeah we’ve done a bit, we’re doing our best.

Lisa: And we still will.

Mark: And we will, we definitely will. Yeah we’ve got a lot more to do yet.

Mark: Our daughter would be kicking our butts if we didn’t!

‘She had gone up to ICU and we were told to go away for a cup of coffee and freshen up,’ Tesh’s father Mark says. ‘We’d only got to the carpark when Tesh’s boyfriend, Kaye, told us we needed to come back. We were taken into a room and told there was nothing they could do for her and she was dying.’

Since Letitia died in July 2012, Mark and Lisa Gallagher have been telling their daughter’s story so that other young people can learn about meningococcal C and the need to be immunised against it.

‘Young people of Tesh’s age are the ones who get it the most,’ Mark says. ‘They live very close to each other in flats, at parties, in hostels … it’s a real breeding ground for men C.’

While Kaye Tia quickly called an ambulance on the morning that Tesh died, there was nothing to indicate to her family that she was seriously unwell in the previous few days.

‘On Sunday night, Tesh and Kaye had come for dinner but Tesh didn’t feel like eating anything and had a temperature. We made an appointment for her to see the doctor the next day but by the time she got there her temperature had gone down,’ Mark says. ‘Nobody thought there was anything untoward going on. She was just a bit fluey.’

Mark and Lisa are now strong advocates of young people contacting their local medical centre if they have flu-like symptoms. ‘Don’t wait, just give them a call and ask to be checked out. As we saw with Tesh, there’s not a lot of time to do anything once meningococcal C takes off,’ Mark says.

Before Tesh died, Mark and Lisa were unaware of the importance of having a meningococcal C vaccination for children under five, young adults and anyone living in a communal living situation such as a university hostel or army barracks. ‘She had had the meningitis injection (for meningococcal B) at school and we thought this covered all types. It doesn’t,’ Mark says.

The couple, their two sons, extended family and many friends and acquaintances have now been immunised. Tesh’s friends at Waiopehu College took the message so much to heart that they created a Stage Challenge performance about the disease and what had happened to Tesh.

‘They took out the competition for the Manawatu region and there was hardly a dry eye in the place. Even the judges were teary eyed,’ Mark says.

Although talking about Letitia’s death is hard for them, Mark and Lisa say they will continue to get the word out about meningococcal C to help protect other young people. ‘If it had been one of our boys that had gone we know Tesh would have been right out there, doing what we are doing. We’re doing it for her.’ 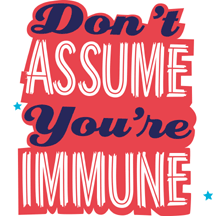