Unimmunised children a threat to Shauna

Kerry and Niall Manning had just spent four weeks taking their lively four-year-old daughter to meet family from Ireland in Europe when they received the news that rocked their world. 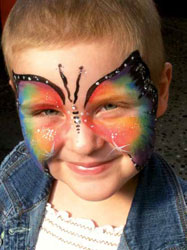 Shauna, their only child, had been diagnosed with acute lymphoblastic leukaemia. ‘We had just got back and were actually moving [house] when we got the call from Starship. It was an awful fright. We just put down the boxes and our friends finished packing and moving for us,’ Kerry says.

Shauna has since had 13 months of cancer treatment and at the time of writing there was still 13 months to go. Because the chemotherapy has at times reduced her immunity to zero, she has not been able to start school. Family life is also complicated as Kerry’s mother, who lives in a flat behind the Manning home, has bronchiecstatis and is often sick with infections, requiring her to wear a mask or keep her distance from Shauna.

While even a cold could make Shauna very unwell, this year’s Auckland measles outbreak has made the prospect of sending the five-year-old to school too dangerous for Kerry and Niall.

‘Measles has been a real worry,’ Kerry says. ‘We can send a letter to all the parents of children in the class asking them to let the school know if their child is sick but with the measles outbreak at the moment we are not prepared to take the risk that she could be exposed.’

Two teachers come to the Manning home three times a week and plans are being made for Shauna to start going to school for short spells at the beginning of Term 4, provided she has enough immunity. ‘Niall and I want her to go to school. We don’t want her in bubblewrap but without all of the children being immunised it is very difficult,’ Kerry says.

‘Even when she does get to school she won’t be able to take part in all school activities like swimming or travelling on a bus because of the risk of infection. I thought schools wouldn’t let children start unless they were immunised but it’s just not the case.’

Some ordinary activities such as visiting the supermarket and going to the movies with other children are also off the agenda for Shauna because of the risk of infection. ‘One of us has to stay home while the other gets the groceries and we take her to the movies when everyone else is at school,’ Kerry says.

‘We have cancelled so many outings because people have been in contact with chicken pox or measles that we don’t tell Shauna if we are planning to go somewhere to stop her from being disappointed if we have to call it off.’

Thankfully the Mannings have friends and family that understand Shauna’s condition and Shauna has friends that come to play with her regularly. Her best friends Dylan and Meg are like members of the family and she even goes for sleepovers there. ‘We have also bought her a puppy that we take to the park,’ Kerry says.

The Mannings say they have got through one year and know they will get through another if they can keep Shauna away from any unwanted bugs. ‘She’s a strong wee girl. We’ve only had two extra stays in hospital. That is not a lot compared to other families we have met through clinic. The care that Shauna receives at Starship is fantastic but we really don’t want to see them unless it’s a clinic day.’