Children with cancer: stories from the 2011 measles outbreaks

Children who are being treated for cancer have greatly reduced immunity that puts them at risk of illnesses such as measles, and means their previous vaccinations generally aren’t effective.

In this section, we tell the stories of 4 young people with cancer and the impact the 2011 measles outbreak had on them and their families. Two of New Zealand’s childhood cancer specialists also share their fears for their patients when measles is circulating in the community.

Measles keeps Kelcey away from school

Having just missed a year of school through illness and chemotherapy, 10-year-old Kelcey Roberts was unluckily attending Auckland’s Oratia School when the 2011 measles outbreak started there. Read more

‘Kelcey understands why she can’t go to school because of a low blood count or when she is unwell, but she was feeling great and she couldn’t go because so many pupils at the school hadn’t been immunised.’ 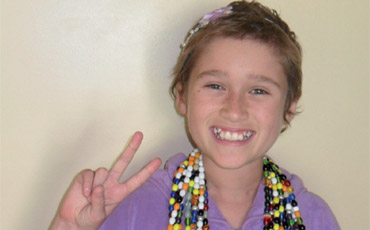 Unimmunised children a threat to Shauna 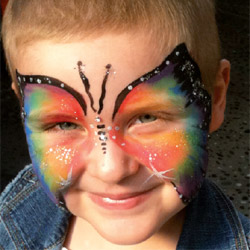 Shauna Manning was 4 when she was diagnosed with acute lymphoblastic leukaemia. Because the chemotherapy reduced her immunity, she had to put off starting school – the 2011 measles outbreak made it too dangerous. Read more

‘We have cancelled so many outings because people have been in contact with chicken pox or measles ...’

After seeing the effect of chickenpox on their immune-compromised son, James and Karen Alden were terrified by the 2011 measles outbreak. Read more

‘The only thing we can do to protect him is to keep him away from children that haven’t been immunised.’

Trying to live a normal life

In Easter 2009 Leroy almost died as a result of undiagnosed acute lymphoblastic lymphoma. During the 2011 outbreak, he was midway through 3 and a half years of cancer treatment, which had reduced his ability to fight off everyday illnesses to almost zero. More serious illnesses like measles were life-threatening for him. Read more

‘I have checked that all my friends have been vaccinated and all of our family has been so I have a bit of a buffer around me.’

Hi, I’m Leroy Beckett, I had chemotherapy for two years (ish), because of lymphoblastic lymphoma.

Measles for me just meant that I couldn’t go out and do anything during the epidemic, because my immunity was so low. Even though I’d been immunised, I wouldn’t have been able to fight measles if I had’ve got it. And half of all chemotherapy patients who do get measles die, so it’s a bit of a big deal.

I think it’s really important for people to get immunised, because it means people … if everyone had immunity, there wouldn’t be the epidemic, and people could just live their lives, people who are immune compromised. But because people aren’t immunised, it means there is that added risk. By not immunising, you’re putting not just yourself in danger, but everyone else who can’t be immunised, or who don’t have the immunity.

If you’re not immunised, you’re kind of riding off everyone else who is immunised. So it’s a bit like, ‘oh, yes, it’s good for them’, but you have to think about all the other people who don’t have the chance to be immunised, or can’t for medical reasons, or who it didn’t work for. So it’s very … it’s life threatening for a lot of people, can leave people who serious illnesses or disabilities. So you kind of have to think it’s for the greater good, almost.

South African trained paediatric oncologist Dr Rob Corbett has sadly seen first hand what measles can do to children with low immunity and worries about the children under his care when measles is circulating in the community. Read more

Starship Hospital paediatric oncologist Scott Macfarlane says the 2011 measles outbreak has had a major impact on the lives of Auckland children with cancer and their parents. Read more