Another factor is that the Māori population has a younger age structure, with a relatively large proportion in the main reproductive ages (15–44 years; see Figure 1). This provides built-in momentum for future population growth (see Māori Population: Looking out to 2021. Hui Taumata 2005; Statistics New Zealand).

Tables 3a and 3b presents the Māori and non-Māori populations of each DHB, by life-cycle age group. A map showing the proportion of each DHB’s population that is Māori follows as Figure 3. 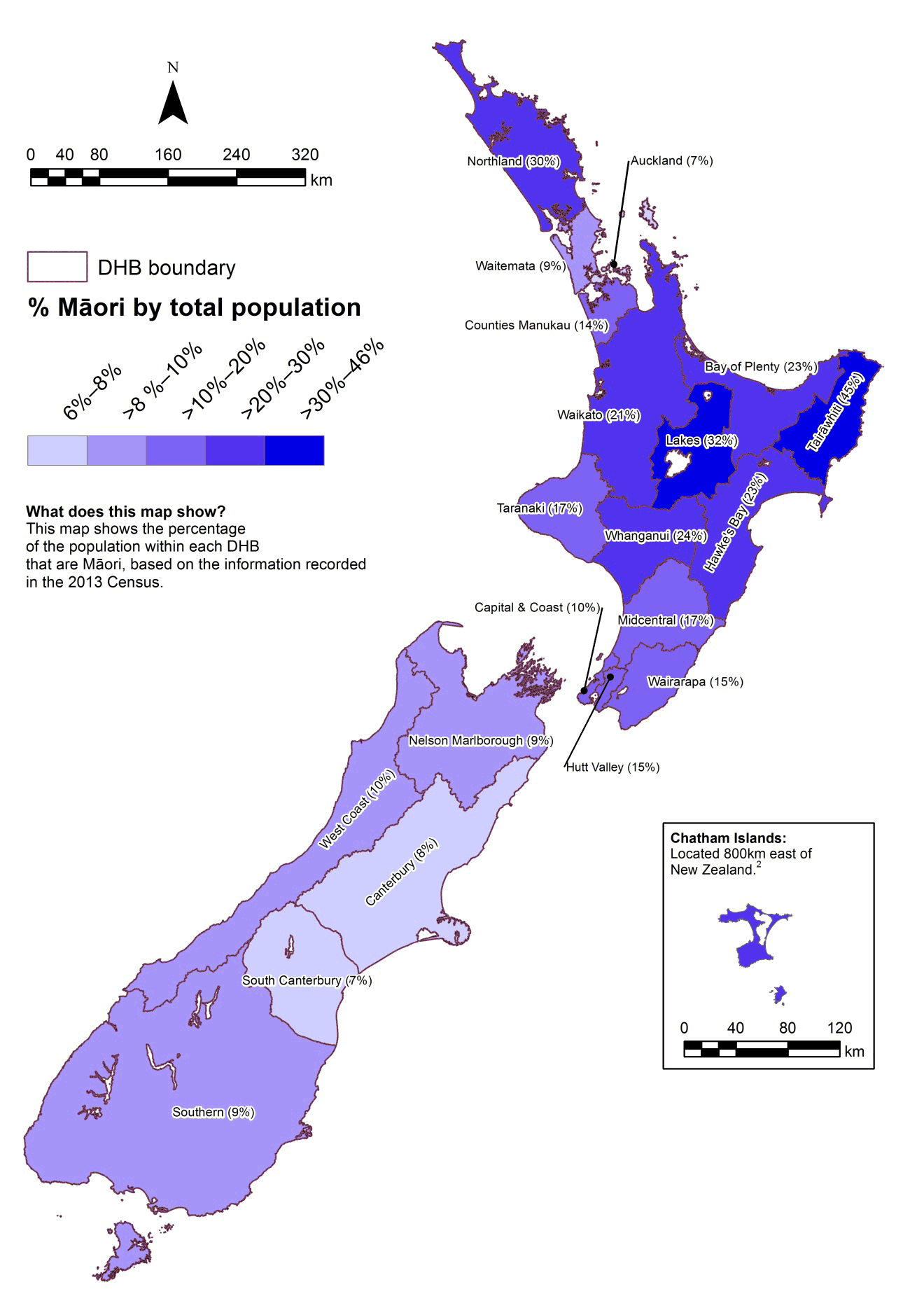 2. The total fertility rate is the average number of live births that a women would have during her life if she experienced the age-specific fertility rates of a given period (usually a year). It excludes the effect of mortality.