Process for developing the Eating and Activity Guidelines

The diagram below shows the key parts of the process used to develop the Eating and Activity Guidelines. 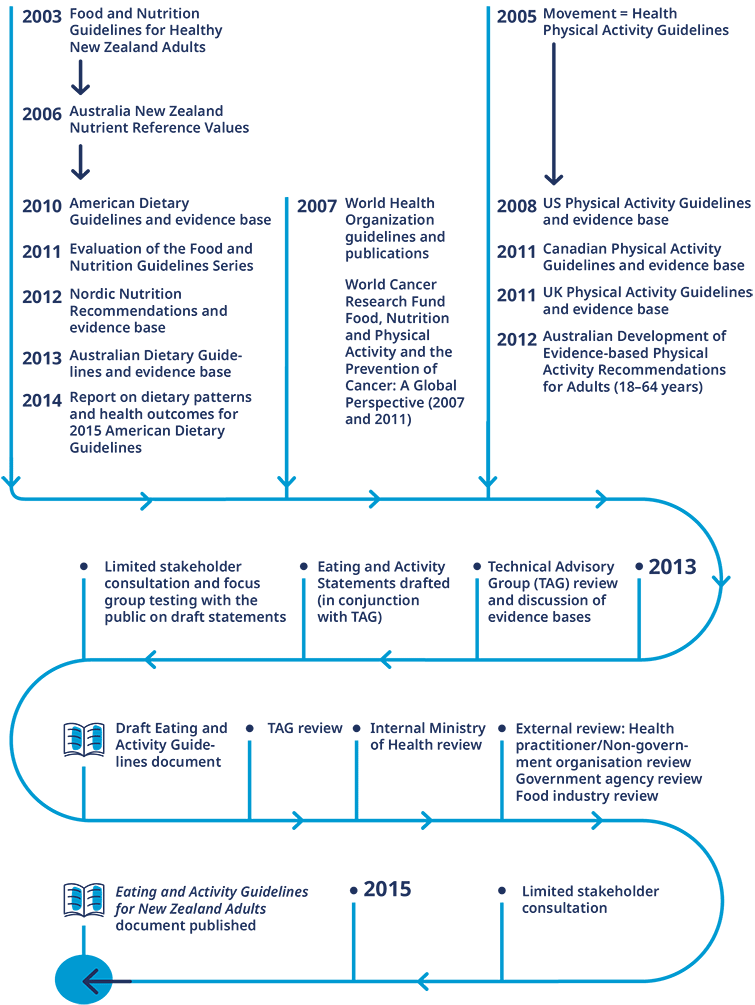 A number of documents were referred to in developing the guidelines.

The first stream of these included:

Work on the update began 2013, including:

In 2015, the Eating and Activity Guidelines for New Zealand Adults document was published.

The diagram below shows the process used to revise and update the Maternal (Pregnant and Breastfeeding) Eating and Activity Statements. 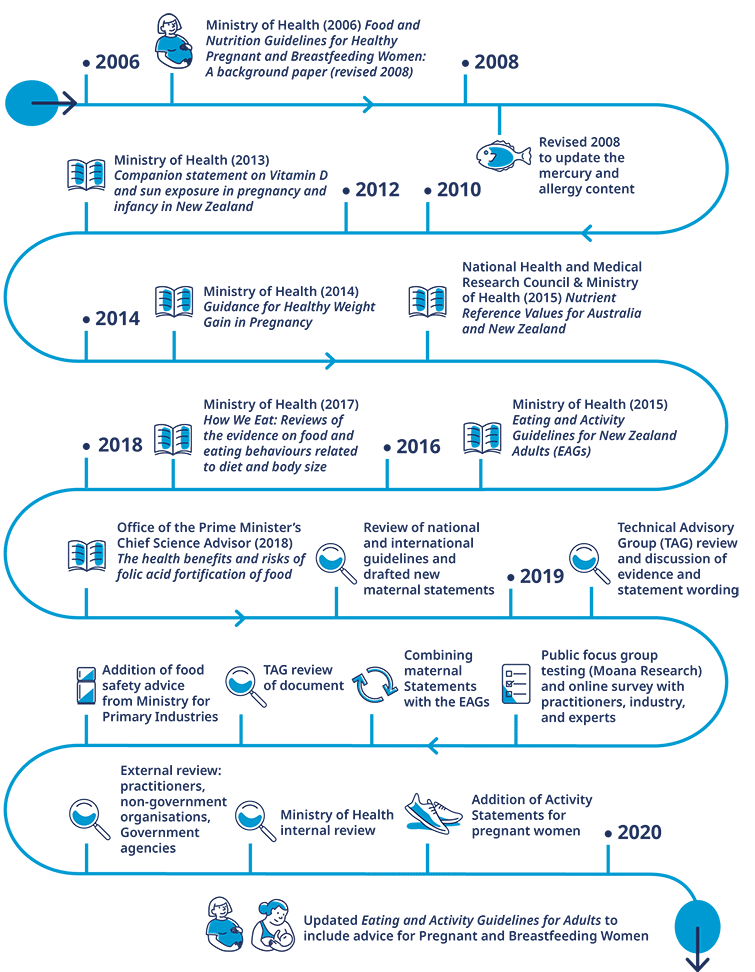 Work began in 2018 with a review of national and international guidelines and drafted new maternal statements. It continued in 2019, including:

In 2020, the update to the Eating and Activity Guidelines for Adults to include advice for pregnant and breastfeeding women was published.

In 2011, the existing Food and Nutrition Guidelines were evaluated to find out how they were being used by the health sector and how they could be improved.

We have used this evaluation to guide the development, distribution and promotion of the new Eating and Activity Guidelines Series.

The evaluation showed the Food and Nutrition Guidelines are valued by many health practitioners, but some changes to their development process and format would strengthen them and make them more accessible to a wider audience. The Guidelines Series contain key features that were identified as important by a wide range of health practitioners during the evaluation. This includes creating:

Go to Evaluation of the Food and Nutrition Guidelines Series to find out more.

A Technical Advisory Group made up of nine nutrition and physical activity specialists was formed in 2013 to advise the Ministry on updating its population health guidelines.

This group gave advice on the guideline statements and the evidence on which they are based.

Members of the Maternal, Infant and Toddler Technical Advisory Group

Consultation on the draft guidelines

The Ministry received extensive feedback from the sector (as part of the 2011 evaluation), on what updated guidelines ideally would include, then undertook other key stakeholder consultation on the Guidelines document during the development process.