How to interpret results – tables

Notes:
‘Unknown’ refers to the population for whom an NZDep2006 score was not ascertained.
Due to rounding, stated totals may differ slightly from other published figures, including 50+ years total population figures published in this chart book. 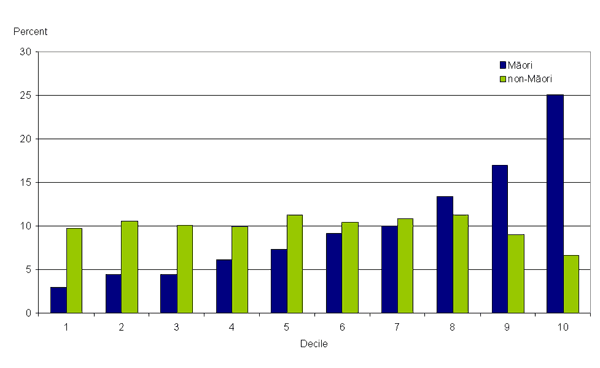 How to interpret results – figures
See data source for figure 4 >