Summary of primary health organisation performance against the health targets for the first quarter of 2015/16.

The target: The national immunisation target is 95 percent of eight-month-olds will have their primary course of immunisation at six weeks, three months and five months on time. This quarterly progress includes children who turned eight months between July and September 2015, are enrolled in a PHO and who were fully immunised at that stage. Find out more about this target.

Results summary: The national eight-month immunisation coverage for this quarter is 94 percent. Eighteen PHOs met or exceeded the 95 percent target this quarter. 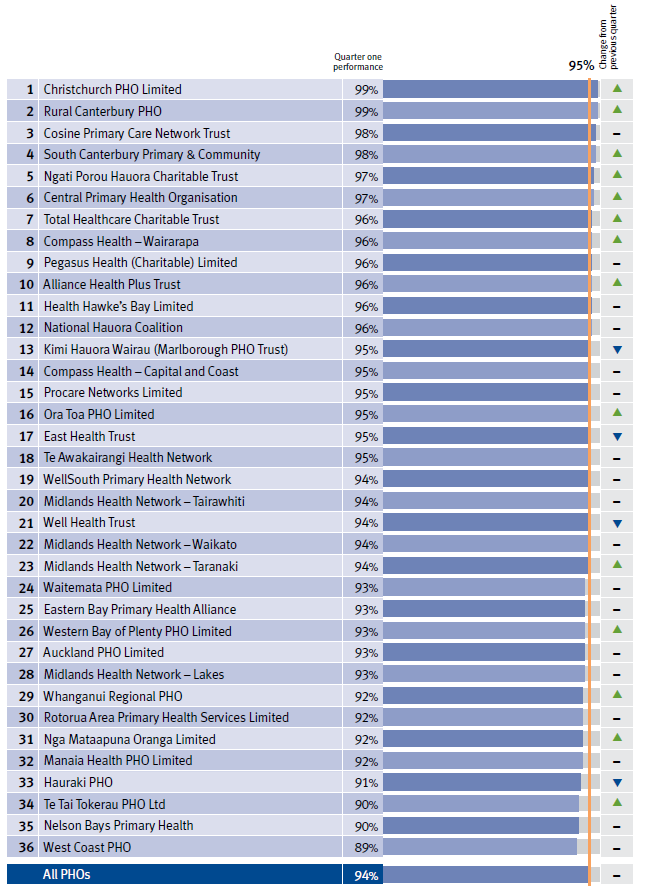 The target: The target is 90 percent of PHO enrolled patients who smoke have been offered help to quit smoking by a health care practitioner in the last 15 months.   Find out more about this target.

Results summary: The overall performance of the Better Help for Smokers to Quit target this quarter is 83 percent. Six PHOs have met the 90 percent target and thirteen PHOs are within 5 percent of the target. 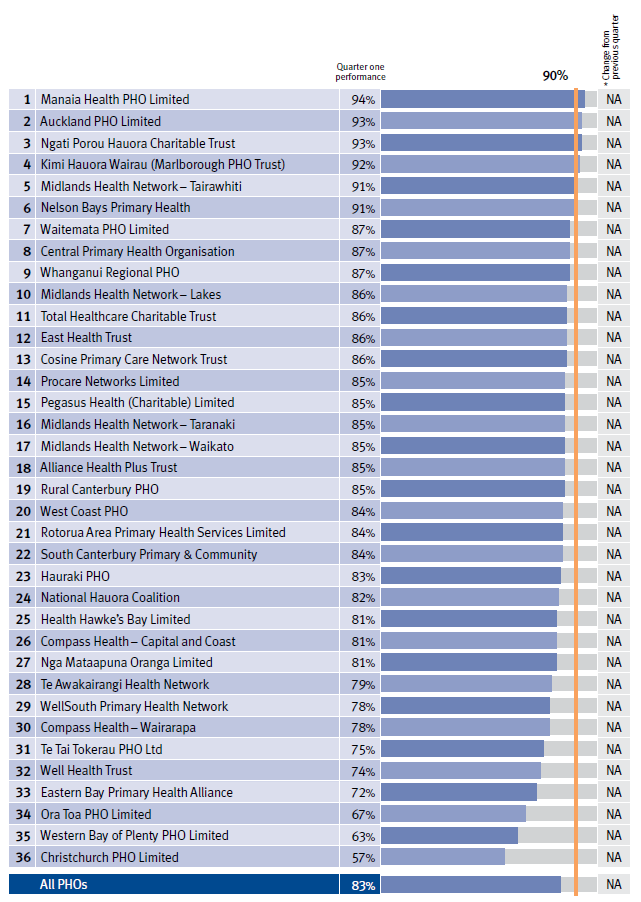 The target: This target is 90 percent of the eligible population will have had their cardiovascular risk assessed in the last five years. Find out more about this target.

Results summary:The national result for the More Heart and Diabetes Checks target this quarter is 90 percent, and this is the first quarter that the target has been achieved. Twenty-three PHOs have met or exceeded the 90 percent target. 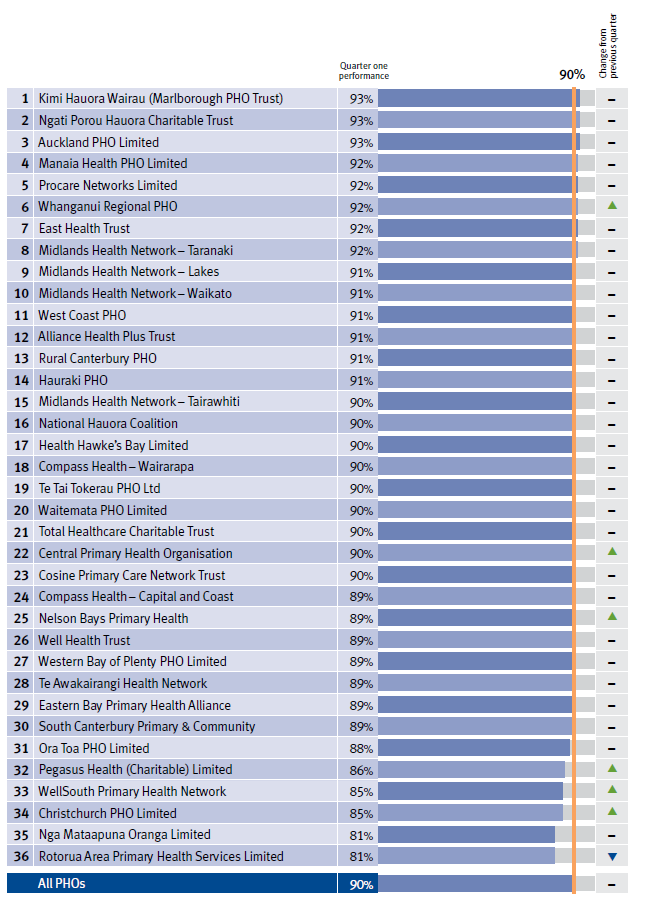