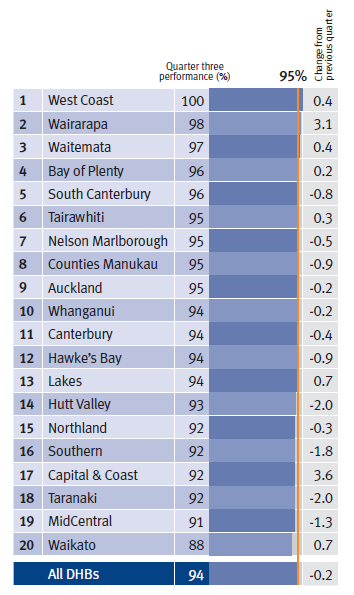 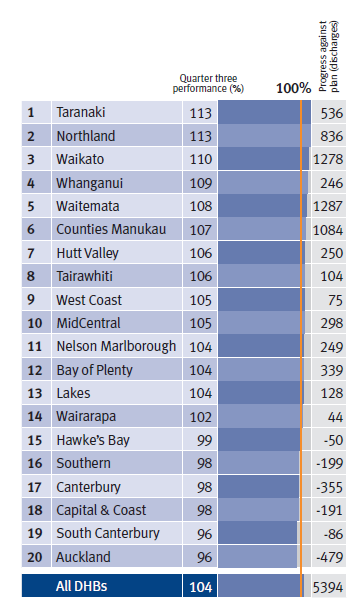 Results summary: The improved access to elective surgery health target has been met this quarter with 148,084 elective surgical discharges provided, against a year-to-date plan of 142,690. This is 5,394 (3.8 percent) more than planned. Ten DHBs are 5.0 percent or more ahead of their quarter three target and six DHBs are behind plan. 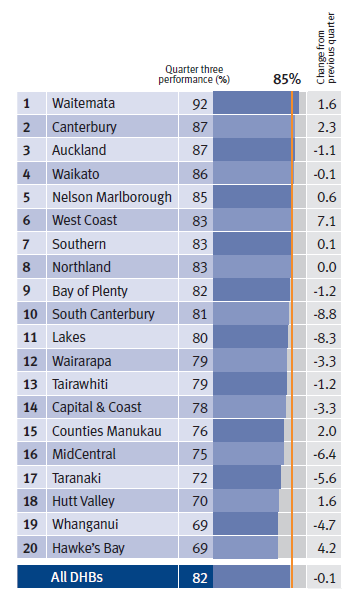 Results summary: National achievement for the faster cancer treatment (FCT) target is 81.8 percent this quarter, a decrease of 0.1 percent from last quarter. Data is based on six months rolling data and includes patients who received their first cancer treatment between 1 October 2016 and 31 March 2017. Five DHBs met the target this quarter. 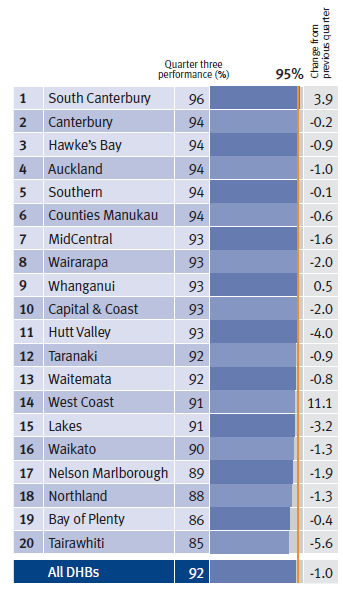 The target: The national immunisation target is 95 percent of eight-month-olds have their primary course of immunisation at six weeks, three months and five months on time. This quarterly progress result includes children who turned eight-months between 1 January and 31 March 2017 and who were fully immunised at that stage. 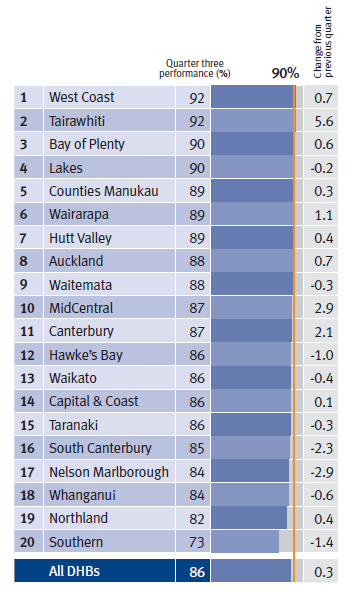 Results summary: The national better help for smokers to quit primary care target result for quarter three is 86.5 percent, an increase of 0.3 percent from last quarter.  Four DHBs met the target this quarter. 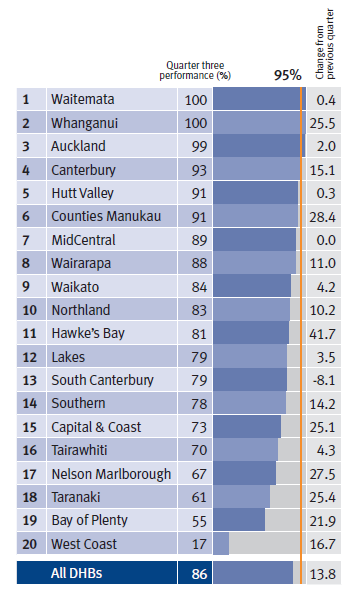 The target: The target is that by December 2017, 95 percent of obese children identified in the B4 School Check (B4SC) programme will be offered a referral to a health professional for clinical assessment and family based nutrition, activity and lifestyle interventions. Data is based on all acknowledged referrals for obese children up to the end of the quarter from B4SCs occurring in the six months between 1 September 2016 and 28 February 2017.

Results summary: Confirmed results for the raising healthy kids target this quarter show a result of 85.7 percent, an increase of 13.8 percent compared to the quarter two result. Three DHBs (Waitemata, Whanganui and Auckland) met the target this quarter.